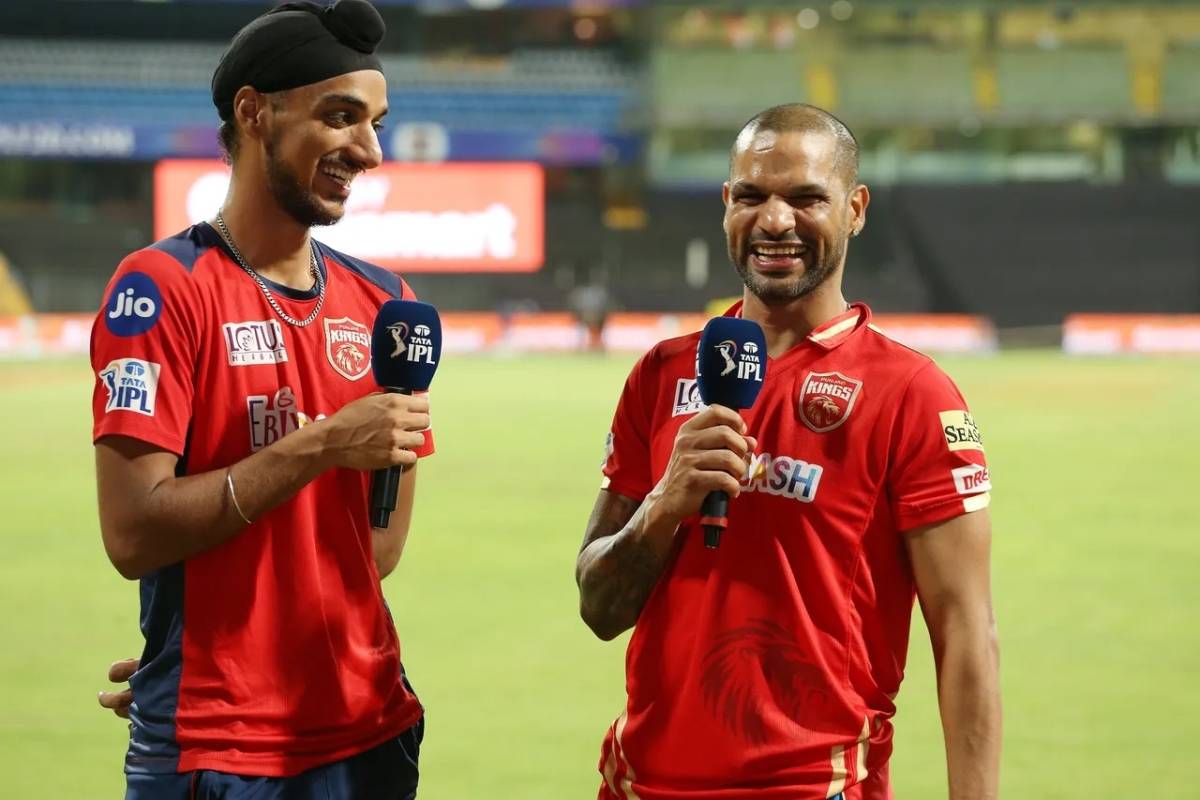 This was their sixth defeat in eight matches and they remained in 9th place. Punjab Kings were placed sixth with eight points from eight matches…reports Asian Lite News

A clinical bowling performance after a fighting unbeaten 88 by seasoned opener Shikhar Dhawan helped Punjab Kings subdue Chennai Super Kings by 11 runs in Match 38 of IPL 2022 at the Wankhede Stadium here on Monday.

Dhawan carried his bat as he scored an unbeaten 88 off 59 deliveries, hitting 9 fours and 2 sixes and shared a 110-run partnership with Bhanuka Rajapaksa to guide Punjab Kings to a competitive 187/4 in 20 overs after being asked to bat first.

Chennai Super Kings had reached a good position thanks to Ambati Rayudu, who blazed to 78 of 39 balls and had taken Chennai from 40/3 to a stage when they needed 47 off 24 deliveries. But Rabada cleaned up Rayudu with a superb yorker and Arshdeep bowled a superb 19th over, leaving Chennai Super Kings needing 27 off the final six deliveries.

Despite the presence of MS Dhoni and Ravindra Jadeja, Chennai Super Kings fell short by 11 runs, ending up with 176/6 off their 20 overs.

This was their sixth defeat in eight matches and they remained in 9th place. Punjab Kings were placed sixth with eight points from eight matches.

Chasing a target of 188 set by Punjab Kings largely boosted by a brilliant 88 not out by Shikhar Dhawan, Chennai were in trouble soon

Rayudu came in to bat with Chennai struggling at 40/3 and took them to safety with a blazing 78 off 39 balls, hitting seven fours and 6 sixes to raise hopes for a CSK victory. He raised 64 runs off 32 deliveries for the fifth wicket partnership.

But in the end, Jadeja (21 off 16 balls) could not guide his team to victory as from needing 47 off 24 balls, they reached a stage where they needed 27 off the last six deliveries with Jadeja and M.S Dhoni at the crease.

Dhoni struck Rishi Dhawan for a six off the first ball but was out off the third legal delivery and Jadeja could manage only a six and a single off the final two deliveries as CSK slumped to their sixth defeat in eight matches — ending with 176/6 in 20 overs.

Chennai got off to a poor start and lost opener Robin Uthappa with 10 runs on the board, top-edging a length ball by Sandeep Sharma to Shikhar Dhawan. It soon became 40/3 as Mitchell Santner (9) and Shivam Dube (8) got out cheaply.

But just when it looked like they will suffer a collapse, Rayudu got together with the other opener, Ruturaj Gaikwad to pull them out of the woods. Both Rayudu and Gaikwad started cautiously but struck some fine boundaries on the right occasions to keep Chennai’s hope alive.

They added 49 runs for the fourth wicket and just when it was looking like they will raise the tempo, Gaikwad, who despatched Rabada to the boundaries off successive deliveries in the first over, was out, caught by Mayank Agarwal while trying to hit Rabada for a second successive four in the 13th over.

Rayudu however, kept up the good work. He struck Sandeep Sharma for fours off successive deliveries as the bowler strayed on legs and blasted Rahul Charar for a four and a six in the 15th over before hammering Sandeep Sharma for 23 runs in the 16th over, blasting three sixes and a four.

He and skipper Ravindra Jadeja raised 64 runs for the fifth wicket in 32 balls, Rayudu doing the bulk of the scoring. He got out just when it looked he was good for a century, cleaned up by Rabada with a superb yorker backing away from the leg side but missing the ball completely to see his leg stump re-arranged. Rayudu’s brilliant 78 off 39 balls left CSK needing 47 off 24 balls.

Shikhar Dhawan carried his bat through as he scored an unbeaten 88 off 59 deliveries, hitting 9 fours and 2 sixes as he helped Punjab Kings to 187/4 after they were asked to bat first by Chennai Super Kings skipper Ravindra Jadeja.

After he lost his opening partner and skipper Mayank Agarwal (18) with the score reading 37, Dhawan found a willing partner in Sri Lankan batter Bhanuka Rajapaksa as they raised 110 runs for the second wicket partnership off 71 deliveries, setting the platform for PBKS’s late assault.

The former India opener despatched Mukesh Choudhary for two superb boundaries off successive deliveries and repeated the act a ball later, shuffling across the stumps and chipping away a delivery sent down the leg side as he completed his half-century in 37 deliveries, hitting five fours and one six.

He also struck Dwayne Bravo for two successive fours the first off a free-hit after the West Indian bowler landed the first delivery of his over outside the return crease outside off attempting to bowl a wide yorker. In the 19th over, the Delhi opener struck Pretorius for a neat four over short fine leg and also planted Bravo into the stands over the short leg-side boundary for a six, helping Punjab Kings to a good total.