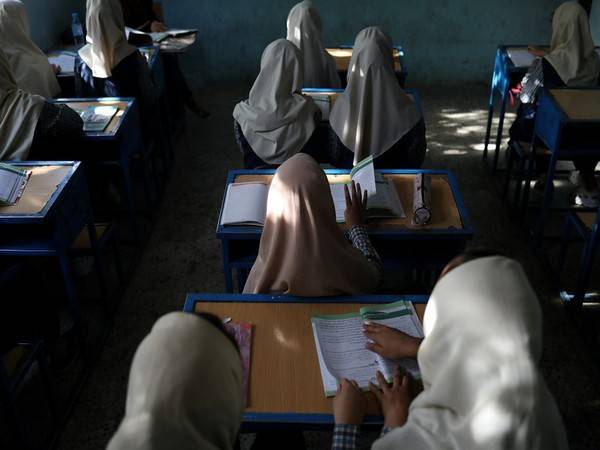 In an interview, Rina Amiri said that the Taliban would not see a reduction in sanctions, or obtain recognition, without meeting international conditions….reports Asian Lite News

Rina Amiri, US special envoy for human rights and Afghan women and girls on Monday gave an ultimatum to the Taliban to make a final decision about educating girls as soon as possible.

She said that the issue of reopening girls’ schools has caused tension among members of the new government leadership, reported Tolo News.

In an interview with Turkey’s TRT, she said that the Taliban would not see a reduction in sanctions, or obtain recognition, without meeting international conditions.

“There is no possibility to soften or ease sanctions when the Taliban are clearly violating the terms that have been set forth and, for the Taliban themselves– where is the impact of the sanctions? it is the fact that the Taliban themselves recognize that this is not something that a government that seeks to have international credibility and be a respected member of the community…it’s on them to do what is required…to have sanctions removed,” she said.

But the Ministry of Education denied there are disputes among government officials over the closing of girls’ schools, saying that the final decision on reopening schools above the sixth grade for girls will be made by the leadership, reported Tolo News.

Meanwhile, US special envoy Thomas West tweeted that he had talked with former President Hamid Karzai about getting girls back to school as soon as possible and about the need for a national consultation process to determine Afghanistan’s future.

“Former President Hamid Karzai has held talks with the US envoy for Afghanistan about establishing an advisory body and allowing all girls to go to school,” said Shahzada Massoud, a political analyst.

“Banning girls from education caused all girls and the people to be discouraged about the Islamic Emirate system; girls should be given the right to education,” said Wahida Adalatjoo, a women’s rights activist.

Girls’ schools were scheduled to reopen across the country after months of closure, but the Ministry of Education announced that secondary schools and high schools for girls would remain closed until further notice, which was met with strong domestic and international reactions. (ANI)