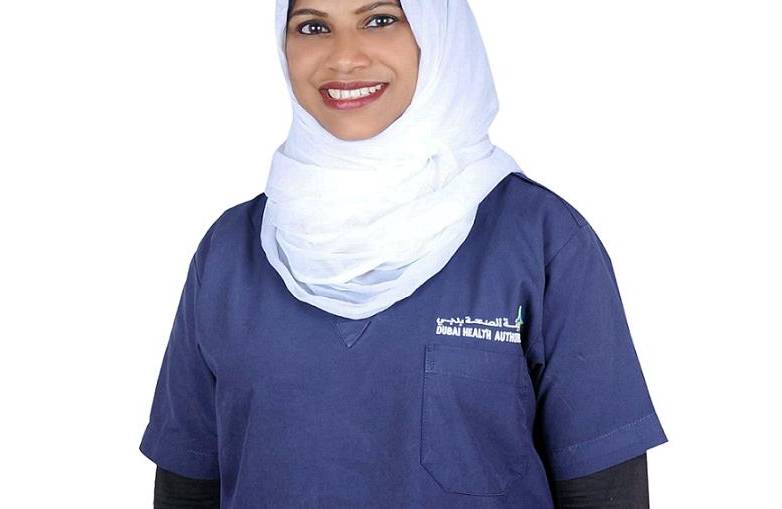 Aster Guardians Global Nursing Award has just announced its top 10 finalists hailing from across the world, including UAE and India…reports Asian Lite News

These nurses have been selected from over 24,000 nurses who applied from over 184 countries, through a stringent review process run independently by Ernst & Young LLP, a Screening-Jury, and a Grand Jury. All applications were evaluated to create a shortlist of 181 which underwent further review to put forward 41 top applications. These 41 applications were then reviewed by the Grand Jury to announce the top 10 finalists. All applicant nurses were asked to submit their applications based on four areas of contribution: Leadership, Research/Innovation, Patient Care and Society/Community Service.

The top 10 finalists, who will now undergo further evaluation to claim the grand prize of USD 250,000, are:

Jasmine Mohammed Sharaf, United Arab Emirates – Jasmine is a nurse working with Dubai Health Authority, who actively focuses on community health. During the initial months of the COVID-19 pandemic, Jasmine realized that the low-income workers in Dubai were not completely aware of the virus and were unable to get the right treatment done in case of any symptoms. Jasmine came out in support of these people and helped a lot of lives on a personal level. She has visited some of her patient’s homes and even drove them to the hospital in case of emergencies. When she saw that many of them were unable to afford food, she distributed food kits with the help of a few associations.

Lincy Padicala Joseph, India – With over 30 years of experience, Lincy strongly believes that nurses are leaders who can uplift the society and assure goodwill for the community health. She has been a recipient of many awards in India, such as National Florence Nightingale Nurses award, Kerala State Nursing Award, etc. Lincy is also the ambassador of plastic-free mala Panchayat and led climate awareness campaigns in her state.

Manju Dhandapani, India – Manju Dhandapani is a faculty at National Institute of Nursing Education, PGIMER, Chandigarh, India and is a member of Secretary, Society of Indian Neuroscience Nurses. She has been the recipient of awards such as the Society of Indian Neuroscience Nurse’s “Best Neuro Nurse Award”, PGIMER’s “Best Publication Award”, and has regularly received the title of “Best Paper” during academic conferences.

Francis Michael Fernando, United Kingdom – In 2020, Francis founded the Filipino Nurses Association which is the second largest international nursing group in the UK. In 2012, he won the prestigious NHS Clinical Leaders Network and Aqua Henderson Quality Award for his work with patients with hip fractures in Salisbury. He was the first nurse in the UK to be given the award.

Julia Dorothy Downing, United Kingdom – Julia looks at nursing as an opportunity to lead, empower and equip the people. An experienced palliative care nurse, educationist and researcher, with a PhD that evaluated palliative care training in rural Uganda, she has been working within palliative care for almost 3 decades, working internationally in Uganda, Africa, Eastern Europe and throughout the world developing palliative care services for adults and children. Whether it’s as a clinician, lecturer, advocate or policy maker, Julia is driven to share that pride in nursing and to empower others to realise their own potential to make a real difference, both to the lives of the people for whom they are caring and to the place in which they work. For the past 20 years she has worked with WHO on palliative care and has been awarded by several national and international organisations.

Anna Qabale Duba, Kenya – Anna Qabale Duba, the founder of Qabale Duba Foundation in Kenya has been championing against harmful cultural practices against women like female genital mutilation and early/forced marriage, alongside empowering women through education, implementing peace-building activities, and advocating for girl-child education. Anna was the first female from her village to get a degree, and she has opened a school in her village that serves the children in the morning and adults in the afternoon. Anna is the former Miss Kenya Peace and Investment, a title she has used to reach out to fighting communities and champion for peace. She has been recognized as the Top 100 most influential young Africans in 2020.

Dida Jirma Bulle, Kenya – With over 21 years of experience of working as a nurse with Ministry of Health, Kenya, Dida volunteered on behalf of the Kenyan Government to fight the deadly Ebola Outbreak in West Africa in 2015. Dida Jirma has been awarded as one of the recipients of the ‘Head of State Commendation’ by the president of Kenya for his exemplary service to humanity. He was also awarded by First Lady Margaret Kenyatta for invaluable work in the Beyond Zero programme, targeting reduction of HIV infection in some of the most remote areas.

Matthew James Ball, Australia – Matthew comes with a remarkable life story that has led him to become a mental health nurse. A Nurse Practitioner and Psychotherapist, Matthew was born in the UK but has lived in Australia for over 20 years. At the age of 20, he was admitted to a psychiatric hospital following a period of homelessness and was later diagnosed with schizophrenia. After a prolonged treatment of 2 years, Matthew emerged without symptoms to embark on a unique story from a patient to a leader in this profession. He used his experience to introduce approaches which are now being embraced Matt has worked as a mental health nurse for many years in Australia and has used his experience to introduce approaches which are now being embraced widely. In 2017 he was awarded Australian Mental Health Nurse of the Year and speaks internationally on humane approaches to working with a person in distress.

Rachel Abraham Joseph, United States – With over forty years of experience in over three continents, Rachel has several stories to tell. Rachel has led ‘parents in touch program’ to support parents of NICU babies in Nashville, US. During her career, Rachel has chaired and contributed committees, facilitated national programs successfully in Oman where she received the Best Nurse award. In U.S. she is one of founding members of the annual research conference in Delaware, annual neonatal conference, chaired and contributed to local, regional, and national committees, facilitated several research projects, published and presented at local, regional, national and international conferences.

Wais Mohammad Qarani, Afghanistan – Overcoming cultural barriers against the nursing profession in Afghanistan, Wais pursued a career in nursing and has been playing a vital role in strengthening the nursing and midwifery professions and advocates at different national and international forums. On 15th August 2021, when the Afghan government collapsed leading to immediate conflict, Wais decided to stay behind at the hospital to help patients and staff while many fled for safety. The hospital remained open throughout the conflict while many of the healthcare facilities closed, and the unrest affected medical staff and nurses in all aspects. Wais took a step ahead in his role as the Nursing Director and ensured the psychosocial wellbeing of the nurses and helped them improve their morale. Currently he is spending extra hours on constant mentorship for the nurses who are still in the country. As a part of his voluntary services, he has served the AKU Alumni Association – Afghanistan Chapter as President for one term during 2017-2019. And since December 2018, he has been serving as the “President” of the Afghanistan Nurses and Midwives Council.

To know more about the top 10 finalists, please visit: https://www.asterguardians.com/

Dr. Azad Moopen, Founder Chairman and Managing Director of Aster DM Healthcare: “With over 7000 nurses as the main pillar of our organization, we at Aster witness their commitment and compassion every single day. During this pandemic, their critical contribution with dedication and sacrifice, putting their own safety and lives at risk, was brought to the forefront globally. We thought that it is appropriate to institute a global level award for the nurses to recognize the members of this noble profession. With over 24,000 nurses who applied, we are overwhelmed by the response received from different parts of the world for the inaugural edition of Aster Guardians Global Nursing Award.  It has been a hard task for the eminent Jury members to shortlist the top 10 extraordinary nurses from the large number of applicants. We wish the finalists nominated in the top 10 all the very best for the final evaluation process.”