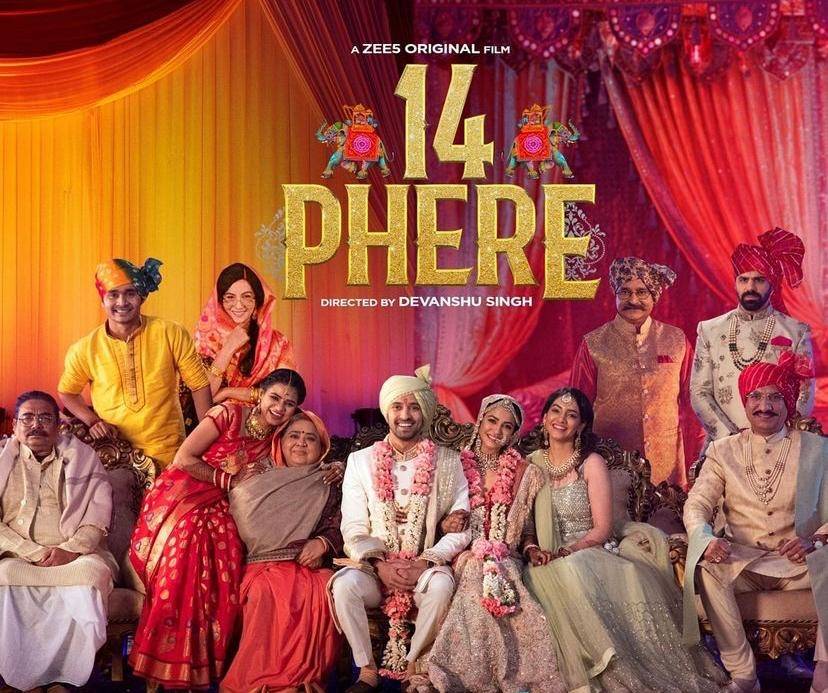 We are not trying to make fun of traditions and customs. In fact, you can watch the film with your entire family,” said director Singh…reports Asian Lite News.

Every new OTT release is a great relief for people in the lockdown period. As “14 Phere”, starring Vikrant Massey and Kriti Kharbanda, gets ready for an OTT release, the cast and crew shared their excitement about the film.

“14 Phere” is billed as a comedy directed by Devanshu Singh and written by Manoj Kalwani. The film also features Gauahar Khan and Jameel Khan.

“This is a fun-filled family movie where you will see bonding and emotional values. The film celebrates the institution of family and marriage but questions a few basic flaws in a reasonable way. We are not trying to make fun of traditions and customs. In fact, you can watch the film with your entire family,” said director Singh.

Kriti added: “Halfway through reading the script, I felt a range of emotions. The intrigue I felt reassured me that it was a kick** script and would make for a super entertaining movie! It’s not just another wedding film. I can’t wait for the audience to witness it soon.”

Vikrant said: “It is a complete pack of entertainment with all the elements like emotions, drama, romance, song, dance, comedy and family values at the core of it — a complete madly in love! I fell in love with the script immediately.”

Exploring the complexity of human psyche

‘OTT is a reflection of time, not a fixed future’