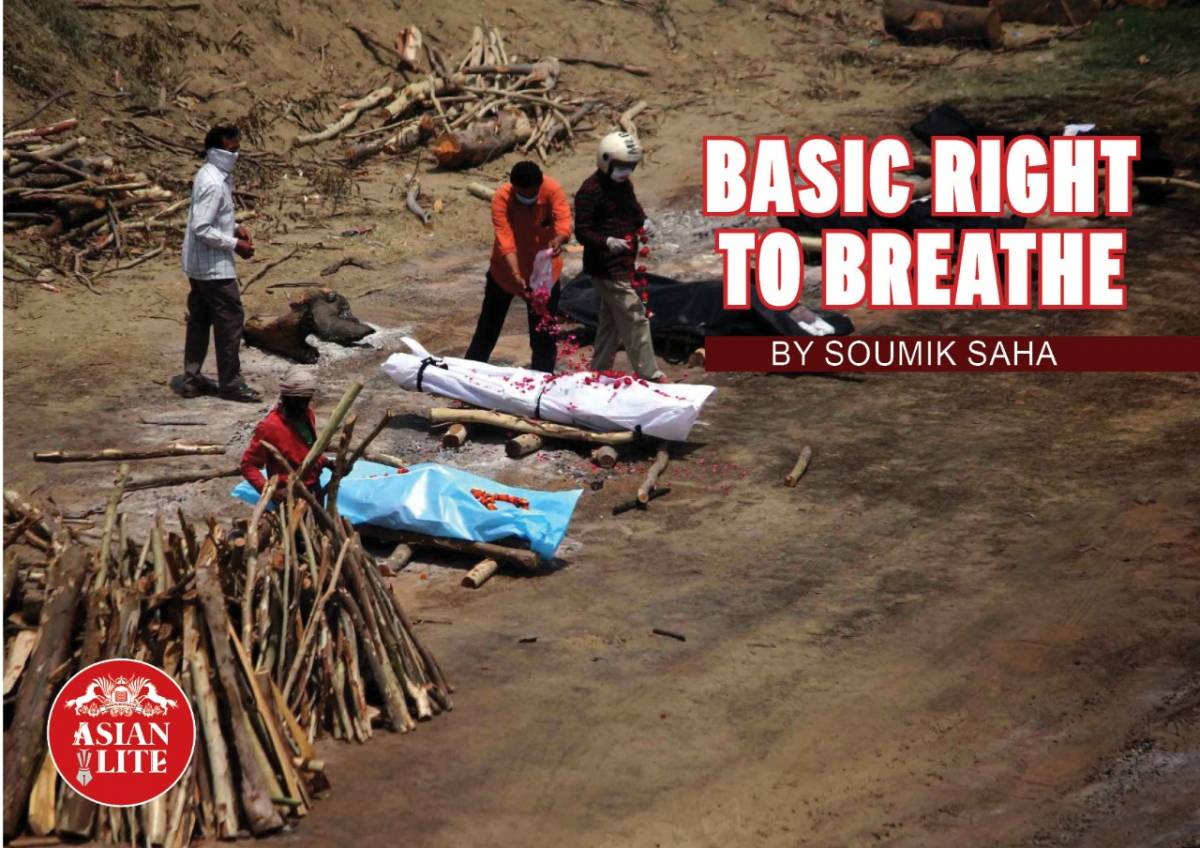 British Asian Trust’s ‘Oxygen for India’ emergency appeal will raise funds for oxygen concentrators, and together with local partners in India, will rapidly deploy them to the hospitals and patients that need them most …. A comment by Soumik Saha

Nations all over the world have stood by India’s side in its darkest hour. While the US, the UK, and the EU have already supplied medical support, liquid oxygen has been procured from Singapore and the UAE. Words of help and support have reached even from Pakistan.

The British Asian Trust, a Prince of Wales’ Charity, launched an emergency appeal ‘Oxygen for India’ to aid the deepening Covid-19 crisis in India.

British Asian Trust’s ‘Oxygen for India’ emergency appeal will raise funds for oxygen concentrators, and together with local partners in India, will rapidly deploy them to the hospitals and patients that need them most.

Hitan Mehta, Executive Director, British Asian Trust says: “The astronomical numbers of Covid-19 cases and deaths in India are frightening and we fear there is still a peak to come. What we can do now is provide essential support as quickly as possible to help those most in need. Our ‘Oxygen for India’ emergency appeal has been set up to provide vital supplies and equipment to save lives. We simply cannot stand by and do nothing.”

All funds raised by the ‘Oxygen for India’ emergency appeal will go towards providing as many oxygen concentrators to hospitals as quickly as possible. Oxygen concentrators are alternate devices to oxygen cylinders – while cylinders contain a finite amount of oxygen supply, a concentrator continually recycles oxygen from the air and delivers it to the patient.

Actor and British Asian Trust ambassador Nitin Ganatra shared his thoughts on Twitter: “Devastating scenes in India where people are dying in the streets due to Covid-19, please take a look at the British Asian Trust’s emergency appeal. Please share. #OxygenForIndia Please give generously.”

Manish Tiwari, Managing Director, Here & Now 365 said: “This is a vital appeal to provide emergency support to those in India suffering the most during one of the worst periods of the pandemic. Working alongside Sunrise Radio and NDTV 24×7 we hope to raise as much awareness and funds as possible to support the British Asian Trust’s Oxygen for India appeal.”

The Oxygen for India emergency appeal is being supported by the British International Doctor’s Association (BIDA) who has partnered with the British Asian Trust to help raise funds, with a target of raising £100,000.

Who is to be blamed for this man-made disaster? The forewarnings were overlooked in the Election frenzy that had already engulfed the five contesting States by then. Even the basic Covid19 rules disappeared in the hysteria of competitive political rallies. Hundreds of thousands, gathered to be seduced by the pompous orations of their leaders without masks and social distancing protocols went for a toss.

The first case of coronavirus in India was detected in January 2020 and the country went into lockdown on the 25th of March 2021. More than a year later, people are dying in and out of hospitals due to a lack of oxygen. More than a couple of hundred such cases have been reported from various parts of Delhi and Mumbai where people have just died gasping for oxygen when loved ones cried and screamed for help. The numbers are growing.

As quoted by human rights activist Hina Jilani (at a remembrance convention organised on Saturday by journalist Ashis Ray), Ibn Abdur Rehman once said: “Have faith in your struggle, success is just a bonus.” India pins her faith on hope and struggles now for a whiff of oxygen and awaits its bonus in life and freedom.

Who is to be blamed?

Who is to be blamed for this man-made disaster? Elections in India, which has been a major factor in invoking the apocalyptic second wave, finally concluded on Thursday, April 29, 2021, with the last phase of polling in West Bengal coming to an end.   In the evening, when most news channels were busy broadcasting exit polls data, India touched a new record of over 379, 308 fresh cases of coronavirus and 3,645 deaths. The ninth day in a row when the country recorded a world record of over three hundred thousand cases.  These are however official figures, which according to observers on the ground are far from reality where the numbers are manifold.

The first signs of the second wave were visible in March 2021, when daily cases started spiking after a considerable flat span through January and February. While the 7-day average in the first week of February 2021, lingered somewhere around eleven thousand, by mid-March 2021 the figure had already spiked to over fifty-nine thousand.

The forewarnings were overlooked in the Election frenzy that had already engulfed the five contesting States by then. Even the basic Covid19 rules disappeared in the hysteria of competitive political rallies. Hundreds of thousands, gathered to be seduced by the pompous orations of their leaders without masks and social distancing protocols went for a toss.

Through March and most of April 2021, political leaders like Prime Minister Narendra Modi and Mamta Banerjee basked in boastful glory of sumptuous gatherings at their rallies in West Bengal, until they were banned a week ago on April 22, 2021. However, most of the damage was done by then.