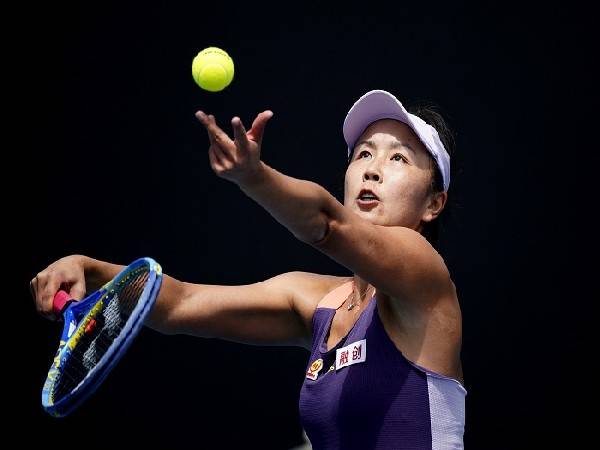 The IOC last week said in a statement that its president, Thomas Bach, had a 30-minute video call with three-time Olympian Peng Shuai, joined by a Chinese sports official and an IOC official…reports Asian Lite News.

The European Union has urged the Chinese authorities to launch a transparent investigation into the case of Chinese tennis player Peng Shuai and present verifiable evidence of her safety, since her public reappearance has done little to ease concerns, Russian media reported on Tuesday citing an official.

Citing a statement by the External Action Service spokesperson statement, Sputnik News Agency reported: “The EU joins growing international demands, including by sport professionals, for assurances that she is free and not under threat. In this spirit, the EU requests the Chinese government provide verifiable proof of Peng Shuai’s safety, well-being and whereabouts. The EU urges the Chinese authorities to conduct a full, fair and transparent investigation into her allegations of sexual assault.”

Peng, 35, went missing on November 2 after she said on Chinese social media that she had been sexually assaulted and forced into a sexual relationship with Zhang Gaoli, 75, who was China’s vice premier from 2013 to 2018.

The IOC last week said in a statement that its president, Thomas Bach, had a 30-minute video call with three-time Olympian Peng Shuai, joined by a Chinese sports official and an IOC official.

The statement said that, during the call, Peng appeared to be “doing fine” and “relaxed,” and said she “would like to have her privacy respected.” The IOC did not explain how the video call with Peng had been organized, given the difficulties other concerned parties have had reaching her.

On November 18, the Women’s Tennis Association (WTA) received a statement purporting to be from Peng, recanting her abuse claim. In response, the IOC said that it was “encouraged by assurance that she is safe.”

On November 19 and 20, photos and videos of Peng appearing in her home, in a restaurant, and at a youth tennis event in Beijing emerged on Twitter accounts affiliated with government-run media.