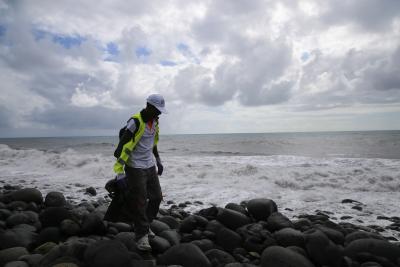 France will double the number of police patrolling its beaches as part of a deal with the UK to stem the number of migrants crossing the English Channel, the media reported citing officials.

The UK will pay more than 54 million pounds as part of the deal agreed between ministers, the BBC reported on Wednesday.

The Home Office said the two countries would also improve intelligence sharing and use better technology to target those who organise the crossings.

The number of people crossing the Channel this year has now overtaken last year’s total.

A group of migrants was seen arriving at Dover on Wednesday morning, bringing the total number this year to more than the 8,461 who made the crossing in 2020.

On Monday, at least 430 migrants crossed the Channel — a record for one day. The previous daily high of 416 was set in September last year.

The Home Office said on Tuesday that 287 people had landed in the UK.

It said this resulted in France preventing twice as many crossings so far this year compared with the same period in 2020.

However, it said the people who facilitated the crossings had now changed their tactics and had moved further up the French coast, “forcing migrants to take even longer, riskier journeys”.

The new support announced by the UK would enable France “to respond by posting more security forces further up the coast, installing and utilising the latest surveillance equipment throughout northern France”, the Home Office said.