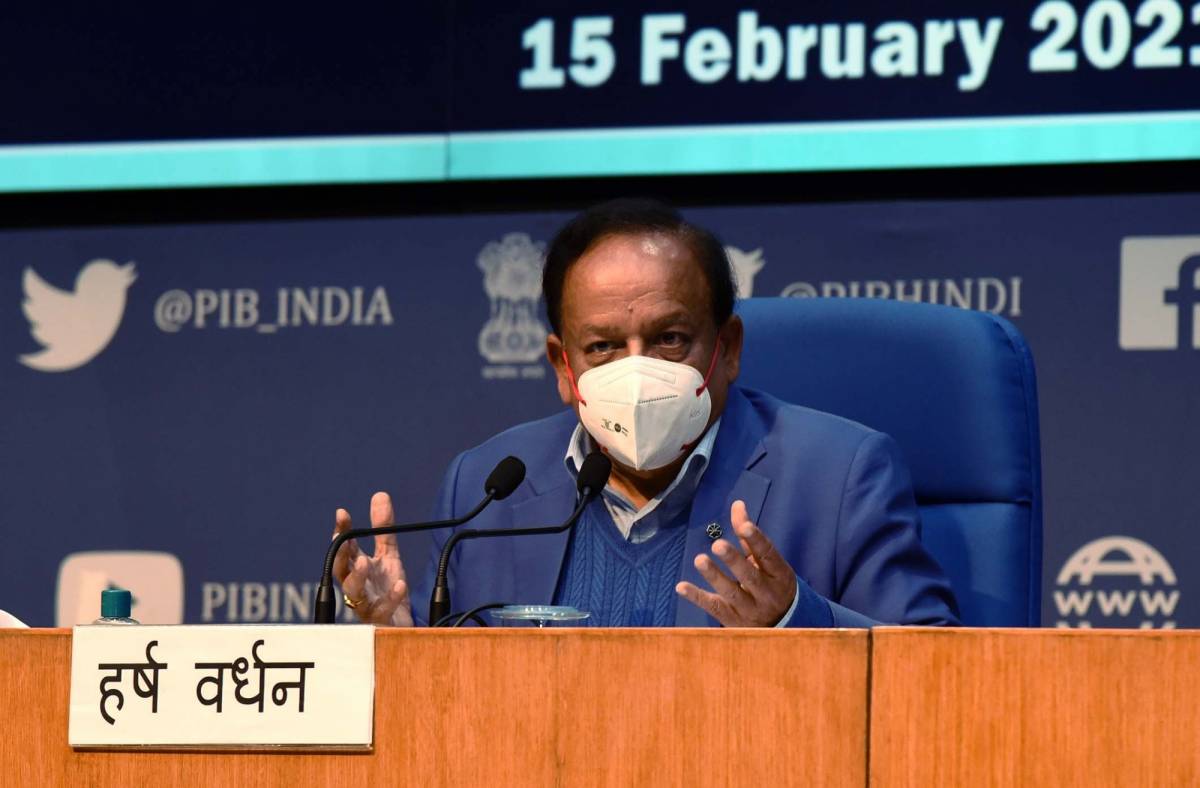 With little over 3 per cent of its population fully vaccinated, India has firmly opposed the adoption of Covid-19 vaccine passports at the G7 meeting of health ministers, saying that such an initiative could prove to be “hugely discriminatory”.

Health Minister Harsh Vardhan, addressing the meeting of his counterparts from seven wealthy nations — to which India was invited this year as a guest — raised concerns about the availability of vaccines and low rates of inoculation in developing nations.

“At this stage of [the] pandemic, it is pertinent to also discuss about India’s concern over the idea of a vaccine passport. Considering the fact of lower levels of vaccination in developing countries in contrast to the developed countries and still unaddressed issues related to equitable and affordable access, supply and distribution of safe and effective vaccines, India would propose that implementation of vaccine passports will be hugely discriminatory and disadvantageous to the developing countries,” he said.

“India would suggest that the same should be implemented duly taking into consideration emerging evidence on [the] efficacy of vaccines and under the overarching coordination of WHO duly attending to the anomaly of access and affordability as it exists today,” Dr Vardhan said.

Several countries including the US and the UK have talked about vaccine passports for letting their citizens travel abroad or visitors from other countries to come in. The European Union has also been working to introduce a vaccine travel document for tourists.

The G7 health ministers meeting in Britain agreed Friday to step up coordination against future pandemics and other threats, but made no new commitments to speed up vaccine deliveries to less developed countries.

Meeting in Oxford in southern England ahead of next week’s G7 summit, the ministers agreed on a new charter to deliver international clinical trials of treatments and vaccines.

The agreement aims to make it easier and quicker to share results from vaccine and therapeutic trials to tackle Covid-19 and future health issues, the ministers said in a joint declaration.

Poorer countries, which do not have enough stocks for comprehensive inoculation programmes, have lagged in their jabs’ drives as they wait for stocks.

G7 countries are already committed to supporting the Covax global vaccine sharing programme, but the World Health Organization and others have warned it is short of around 200 million doses in the short term.

Despite being the world’s largest producer of vaccines, India’s inoculation programme has lagged because the government did not buy enough shots last year when most large nations placed their orders.

Facing a massive backlash over the devastating second wave, the government announced a series of steps to speed up the process and has promised to inoculate its entire population by the end of the year.

ALSO READ-‘India should be the 8th member of G7’: Blackman