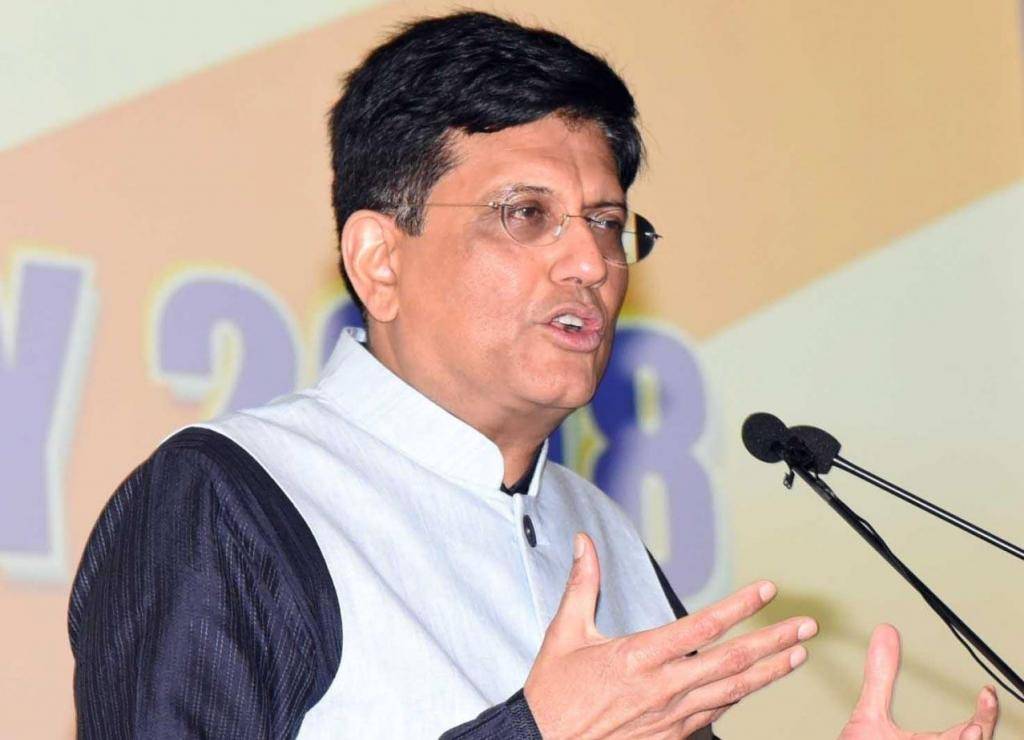 Speaking about the potential for cooperation in environment protection, Goyal said India and the UAE support each other’s vision for clean energy, and the two partners are working together to start manufacturing of equipment for solar power, reports Asian Lite News

The UAE government has committed to invest $75 billion sovereign funds in India and the two partners have shared vision for clean energy as they are working together to start manufacturing of equipment for solar power, commerce minister Piyush Goyal said in Dubai.

Addressing a news briefing on the second day at Expo 2020 Dubai, Goyal said his engagements with UAE businessmen and investors were “truly fabulous”.

“There is a commitment from the rulers of the UAE to invest $75 billion from their sovereign funds in India. This is over and above what other businesspersons in the UAE may want to invest,” he said.

Later in the day, at the ninth meeting of a joint task force on investments, the two nations discussed exploring mutually beneficial methods and incentives to facilitate further investment from UAE sovereign investment entities in key priority sectors in India, a commerce ministry statement said.

The meeting was co-chaired by Goyal and Sheikh Hamed bin Zayed Al Nahyan, member of the executive council of the Emirate of Abu Dhabi. “The positive steps made by the Indian government in this context were noted and both sides agreed to continue to focus on ways of providing tax incentives to certain UAE sovereign investment entities,” the statement added.

Goyal said the UAE is an important partner of India. “Given the strong growth prospects of the Indian economy, we look forward to increased investment from the UAE in diverse sectors of India. We are sure that the world will continue to witness greater achievements in the India-UAE partnership in the future.”

At the briefing earlier, Goyal said that besides SWF, other investors from the UAE want to participate in India’s infrastructure development initiatives, invest in the asset monetisation programme, and are extremely keen to partner with India on promoting tourism.

Speaking about the potential for cooperation in environment protection, Goyal said India and the UAE support each other’s vision for clean energy, and the two partners are working together to start manufacturing of equipment for solar power.

Citing Prime Minister Narendra Modi’s vision of “one world, one grid”, he said that renewable energy can flow across the world 24 hours through a worldwide grid that will continuously harness solar energy as the sun always shines in one or the other part of the planet. “It will have a transformation impact on climate,” he said.

Replying a question on India’s commitment for environment protection and achieving the net zero target, Goyal said: “The developed countries who are asking us to make a ‘net zero’ commitment on a particular… up to any date are not recognising that the work India has done is far more than what we had committed in Paris and the COP 21.” In fact, India has exceeded its commitments, he added.

“I don’t think, anybody, who meets us off and on, has anything but praise for the efforts of India led by PM Modi. They are certainly asking us to make a commitment on net zero. But it should be linked to what the rest of the world will do. It cannot be in isolation,” he said.

They must find technological solutions at scale, he said, adding that “PM Modi and India are never going to make false commitments. When we make a commitment, we mean it.”

Speaking about the trade relations with the UAE, Goyal said that there are many areas of interest for Indian businesses such as textiles, leather accessories, footwear, pharmaceuticals and health care. “India and the UAE share a lot of complementarities. We are not in competition with each other. We actually can collaborate to serve large parts of the world,” he said.