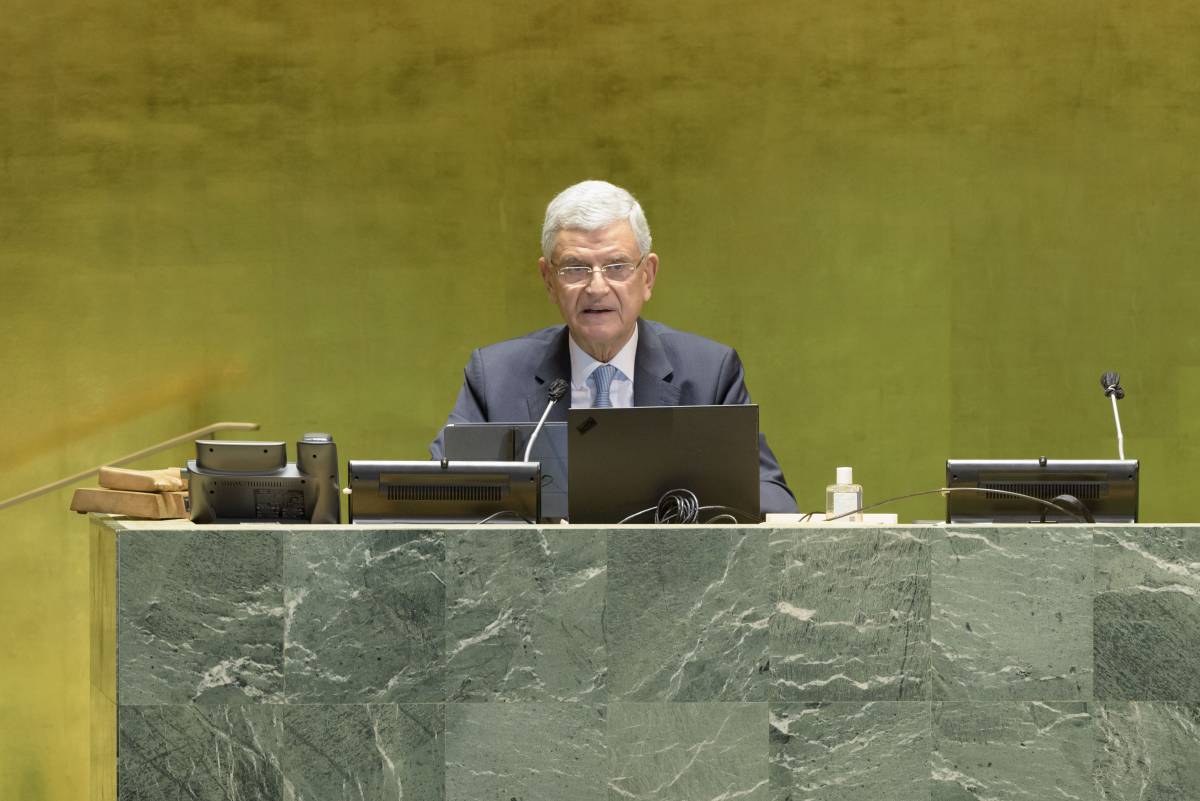 By suggesting to the Pakistan government to ‘work harder to raise the issue (of Kashmir) internationally, and specifically to bring it to the United Nations platform more forcefully’, and suggesting that ‘Pakistan could initiate a debate on the Kashmir issue at the UNGA supported by other states’, Bozkir has seemingly sided with Pakistan, writes Dr Amjad Ayub Mirza

The President of the United Nation General Assembly, Volkan Bozkir, has said that Pakistan needs to ‘work harder to raise the issue (of Kashmir) internationally, specifically to bring it to the United Nations platform more forcefully.

The statement was issued on his arrival in Islamabad on May 27.

Commenting on Bozkir’s statement, Pakistani Daily ‘Dawn’ in its editorial on May 29 had endorsed his comments by calling “the Kashmir issue a major stumbling block to peace in south Asia”.

Well, Pakistan, and not Kashmir, is the stumbling block to peace in South Asia unless it withdraws its military and all aliens from the occupied territories of Pakistan occupied Jammu Kashmir (PoJK) and Gilgit-Baltistan (GB), a demand that was made in the UN Security Council (UNSC) Resolution 47 passed on April 21, 1948.

The UN resolution clearly states that Pakistan must “secure the withdrawal from the state of Jammu and Kashmir of the tribesmen and Pakistani nationals not normally resident therein who have entered the state for the purpose of fighting” (i.e. military forces).

Earlier, in January 1948, the UN Resolution 39 had been adopted and the United Nations Commission for India and Pakistan (UNCIP) was established. The above mentioned statement of the UNSC had come only after the UNCIP had held discussions with both India and Pakistan and issued its findings and subsequent recommendations to the UNSC.

It had asked for a “complete withdrawal of Pakistan’s fighting forces, including the army, tribes and other Pakistani nationals”.

Did Pakistan abide by the dictates of the UNSC? No. On the contrary, Pakistan has made her military presence a permanent feature of the geographical landscape of PoJK and Gilgit-Baltistan.

The UNSC had also asked Pakistan to withdraw “tribes and other Pakistani nationals” from the occupied territory of Jammu Kashmir. Did Pakistan comply? No. Instead, Pakistan brought in more aliens into PoJK and Gilgit-Baltistan, setting up training camps for jihadist to be sent into the Vale of Kashmir to cause violence and unrest.

And to hide her evil doings, Pakistan keeps pointing her finger towards the presence of the Indian army in Union Territory of Jammu and Kashmir.

Well, the UNSC has permitted India to maintain an army presence in the region that might be “required for maintaining law and order”.

It was on October 22, 1947 that Pakistan attacked the state of Jammu and Kashmir despite the fact that a Standstill Agreement had already been signed between Maharaja Hari Singh and the Governor General of Pakistan, Muhammed Ali Jinnah.

Bozkir said that “parties to the conflict, i.e. India and Pakistan, must not change the status of the disputed territory till the matter is resolved”.

Well Sir, with due respect, allow me to bring to your attention the instrument of accession signed on October 26, 1947 between the Maharaja of Jammu Kashmir and the Republic of India. It was signed in accordance with the India Independence Act of 1947, according to which the 565 princely states of British India “would be free to accede to one or the other of the new dominions”.

By suggesting to the Pakistan government to ‘work harder to raise the issue (of Kashmir) internationally, and specifically to bring it to the United Nations platform more forcefully’, and suggesting that ‘Pakistan could initiate a debate on the Kashmir issue at the UNGA supported by other states’, Bozkir has seemingly sided with Pakistan.

The UNGA President should be a neutral entity.

Pakistan and not India is the one which has been declared as an aggressor by the UNSC. It is Pakistan which has been settling outsiders from Punjab and the neighbouring province of Khyber Pakhtunkhwa into PoJK and Gilgit-Baltistan in order to alter the demography of the occupied region, and it is Pakistan that has deprived the people of the so called Azad Kashmir and Gilgit-Baltistan of their basic human rights by imposing an interim constitution called Act 74 and Schedule Four.

To come up with such a statement as given by the President of the UNGA is at best naive and devoid of any factual research. Especially at a time when the Pakistani army is increasing its military presence in PoJK and POGB by the hour.

(Dr Amjad Ayub Mirza is an author and a human rights activist from Mirpur in PoJK. He currently lives in exile in the UK. The views expressed are personal)