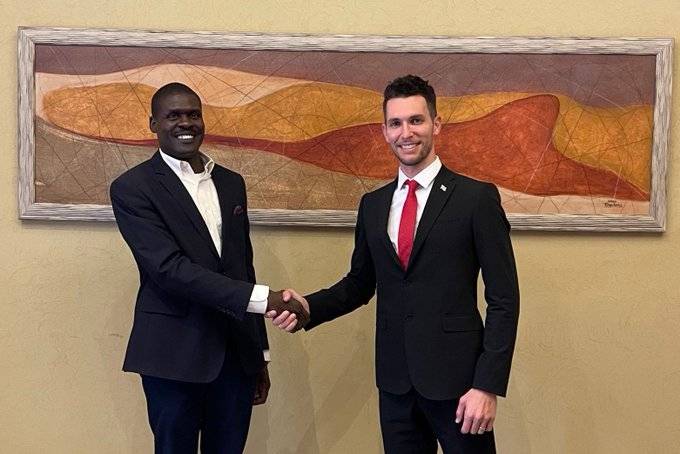 During their meeting, Abdulbari told Frej that cultural and educational cooperation between Sudan and Israel is important even more than economic ties, reports Xinhua news agency.

“We must get to know each other and strengthen the contacts between our peoples,” said a statement.

In another meeting, Abdulbari and Roll agreed to establish cooperation in technological training, education and culture.

They “agreed on future cooperation between the two countries under the Abraham Accords”, according to a statement issued by the Israeli Foreign Ministry.

The two sides agreed that there is “a mutual interest” in cooperation in the field of education and technology in order to “help young people from all countries that are part of the Abraham Accords”.

Roll also stressed the importance of signing a normalization agreement between the two countries “soon”.

The meetings were the first official high-level meetings between Israeli and Sudanese ministers since January.

Israel and Sudan agreed to normalize their ties in October 2020.

However, an official deal between the two countries has yet to be signed.

The so-called Abraham Accords are a series of US-brokered normalization deals in which the UAE, Bahrain, Sudan and Morocco agreed to normalize their relations with Israel.