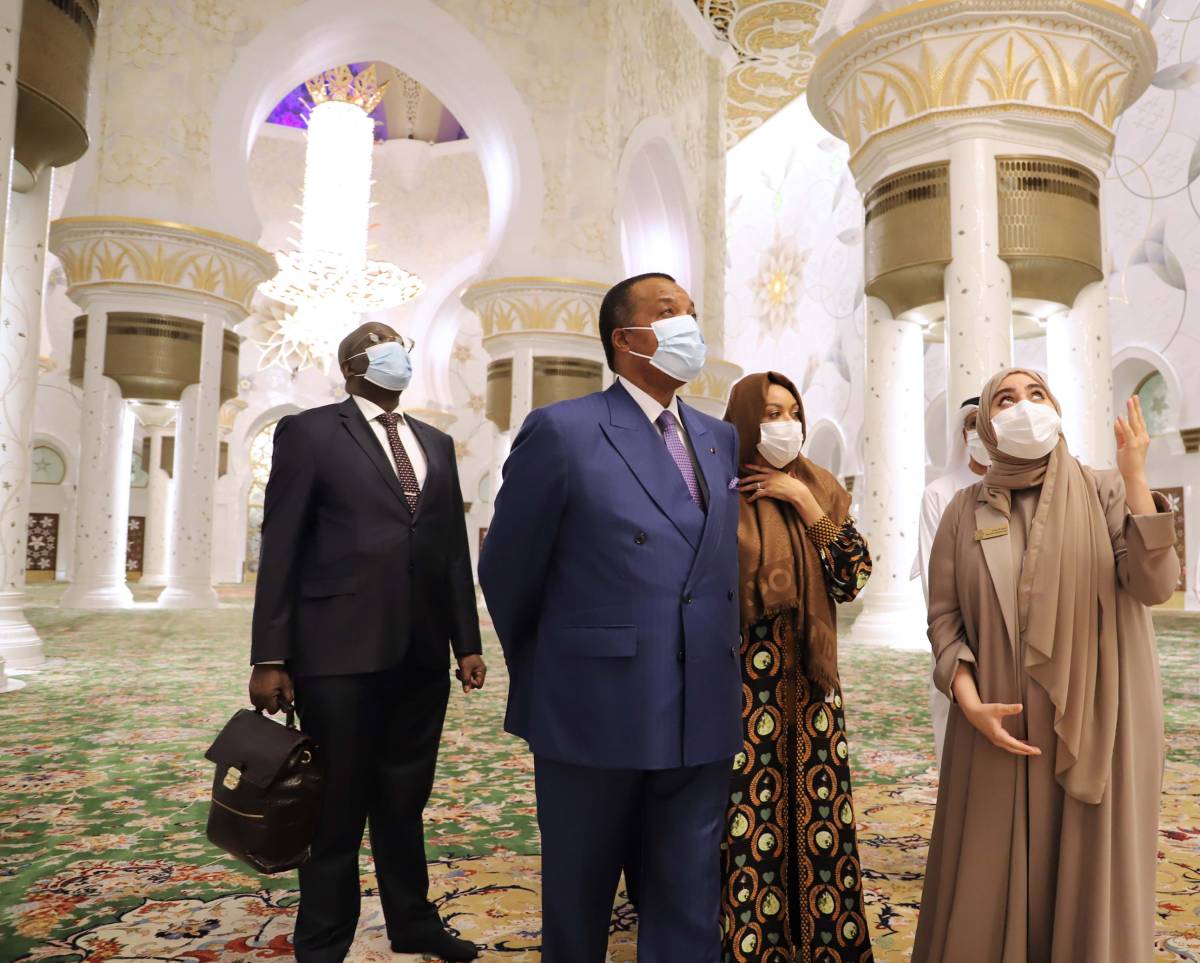 Denis Sassou Nguesso, President of Republic of the Congo, visited Sheikh Zayed Grand Mosque with his accompanying delegation as part of his official visit to the UAE…reports Asian Lite News

He commenced his tour by visiting the mausoleum of the late Sheikh Zayed bin Sultan Al Nahyan and recalled the Founding Father’s qualities and wise approach that enriched the culture of tolerance and peaceful coexistence among various nations of the world.

Dr. Yousif Al Obaidli, Director-General of Sheikh Zayed Grand Mosque Centre (SZGMC), accompanied the Congolese President on a tour of the mosque’s halls and external corridors. They were briefed by one of the Center’s cultural tour specialists about the mosque’s noble message that highlights notions of coexistence, tolerance, and openness to other cultures, inspired by the nation’s late founder’s rich legacy, and about the mosque’s leading role in highlighting the Islamic culture’s true essence and promoting cross-cultural communication worldwide.

They were also briefed about the history, components, and esthetic features of Islamic art and architecture manifested in every corner of this grand edifice that crate a mesmerizing fusion of various architectural styles from different eras reflecting commonalities amongst cultures and uniting the world through art.

At the end of the visit, the guest was presented with two of the centre’s distinctive publications. The first titled “Spaces of Light” showcasing the winning photographs in the “Spaces of Light” photography award, annually organised by the Centre in celebration of the scenic aesthetics and visual culture of the mosque, and another copy of a book titled “Houses of God” about places of worship in the Islamic history Sheikh Zayed Grand Mosque Center, under the Ministry of Presidential Affairs, is sponsored and followed up by HH Sheikh Mansour bin Zayed Al Nahyan, The Deputy Prime Minister and Minister of Presidential Affairs. It was established to become a leading cultural center and hub that enriches the UAE’s intellectual movement stemming from deeply rooted cultural and national values. While it also reflects concepts deeply rooted by the late Sheikh Zayed bin Sultan Al Nahyan in the nation’s sentiment. They also constitute an extension of the Islamic religion’s preaching and the core values that form the UAE’s national identity.