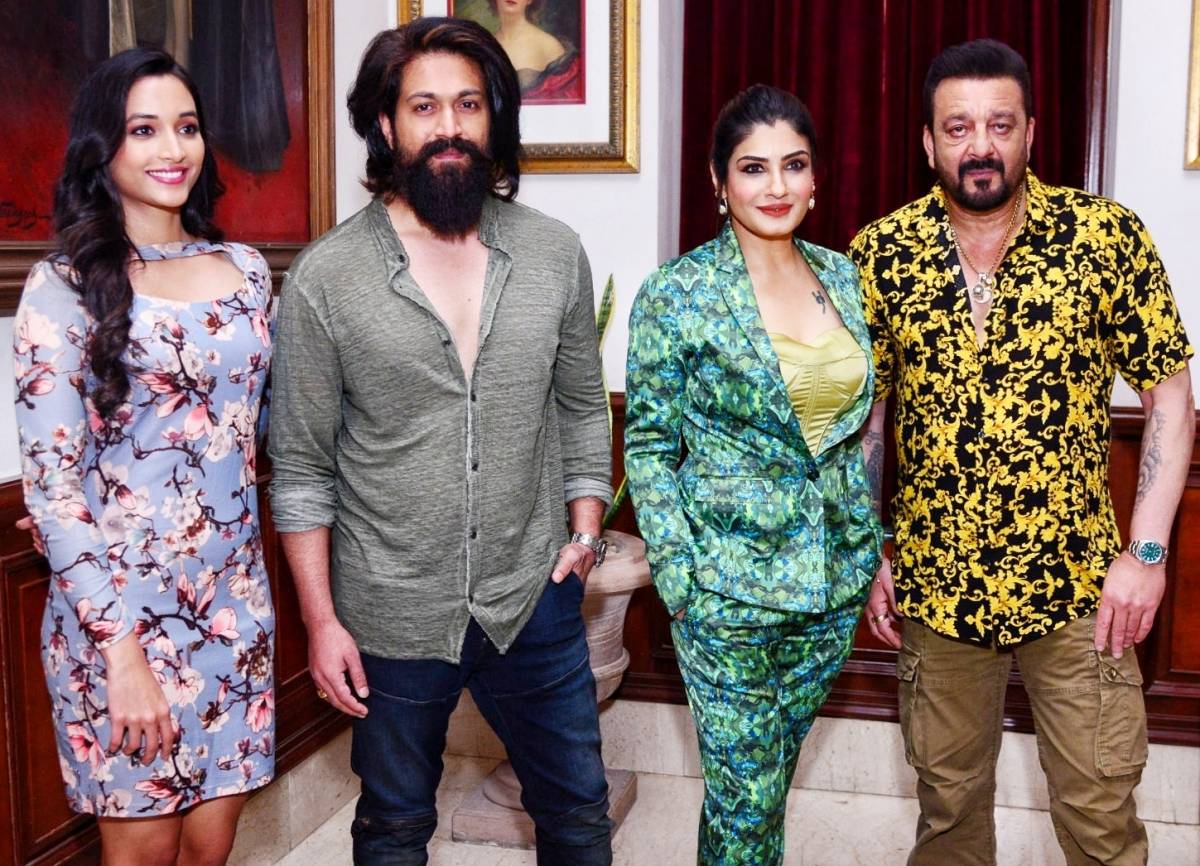 He says his character in ‘K.G.F: Chapter 2’ reminds him of his movies such as ‘Khalnayak’…reports Ila Sankrityayan

After battling cancer at the age of 62, Sanjay Dutt is back in action as the strong and tough villain Adheera in ‘K.G.F: Chapter 2’.

And Sanju does not lag behind in proving himself as an actor par excellence. To match up with his role, he used to wear armour that weighed 25 kilos and shoot every day. After facing so many challenges in life, what inspires him to keep going without any fears and apprehensions?

He replies firmly: “It’s my fighting spirit and blessing of Lord Shiva that keeps me going. Of course my wife is like a pillar and she always supports and motivates me to fight all the battles.”

Sanjay Dutt is among those Bollywood actors who never felt hesitant to play strong negative characters on-screen and in fact love to project themselves in a diversified way. With ‘K.G.F: Chapter 2’ he is making his debut in Kannada cinema. Sanju wanted to give his best and he did everything to perform well.

He adds: “The role was challenging by itself, actually a very challenging role to play. But Prashanth Neel, the director and producers and everybody made me so comfortable. Yes, it was difficult to play because of my health problems. I think all the prayers and love from the fans always helps me in giving my best.”

“In fact”, he continues, “they wanted to make the scenes easy for me keeping my health condition in mind but I said ‘No’ and I want to say this to all cancer patients. Face and fight the battle of cancer.”

He says his character in ‘K.G.F: Chapter 2’ reminds him of his movies such as ‘Khalnayak’.

“I love my character Adheera,” he says, adding: “It’s a very interesting character, a very unpredictable man who wants to take his kingdom back. And I really enjoyed doing the fight sequences with Yash.”

Sanjay recalls working on the set with Yash and the way he was treated by the entire cast. “Working with Yash was such a wonderful experience. There was so much respect given to me by these people. It was a beautiful atmosphere. I mean, whosoever was on the set it seems as if ‘K.G.F.’ is their film only. There was great team work. Actually, I have seen this kind of atmosphere and while we used to work on the sets of ‘Saajan’, ‘Naam’ or ‘Vaastav: The Reality’, a similar kind of team work and dedication used to be there. And I believe it should always continue,” he shares.

On how Bollywood actors like himself being part of the south movies and how it is making an impact, he says: “Well it is wrong to classify this movie as a Kannada or south movie. It’s not even a pan-India film but a ‘Hindustani’ film and Prashanth as a director has done a tremendous job. From my look everything was discussed with him and we used to call him ‘captain of the ship’. He knows exactly what he wants from each one of us and we performed the way he wanted us to.”

Sanjay adds that while doing such challenging and distinct roles, his father, late actor and politician Sunil Dutt, always inspires him.

“He inspires me more than being an actor. He was one of the most amazing human beings who helped a lot of people. And as an actor he taught ‘you have to be diversified and versatile’. That is why I did comedy, romance, action and it appealed to everyone also.”

Does he want to try his luck in politics and he says: “No and never. I am enjoying what I am doing right now.”

He also felt happy to work with Raveena Tandon after so long. Raveena is playing the role of a politician, Ramika Sen in it. But at the same place Sanjay felt unfortunate as he had not shared screen space with her in the film. “Unfortunately, I and Raveena have not done scenes together in this movie.”

Giving thanks to his fans, Sanjay concludes: “I am thankful to each of my fans for their support and prayers. I just want to say: ‘watch ‘K.G.F: Chapter 2’ and give your love to the movie.'”

‘K.G.F: Chapter 2’ is scheduled for a theatrical release on April 14 in Kannada along with Telugu, Hindi, Tamil and Malayalam languages.

ALSO READ-The ‘mass’ is missing in the industry