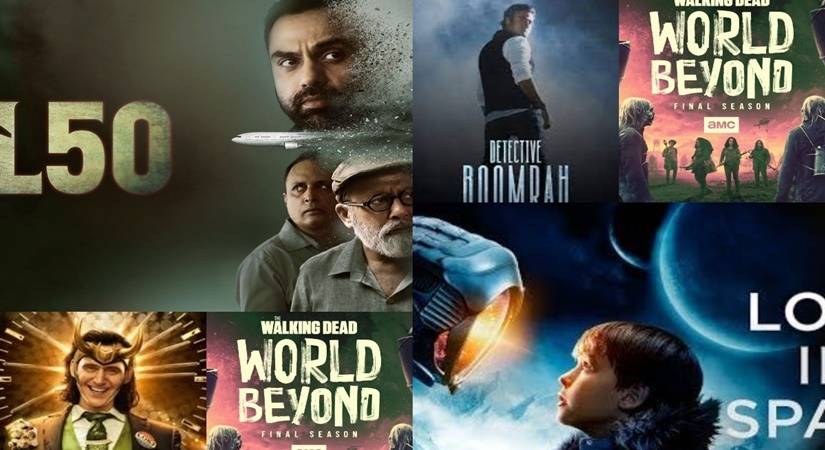 Based on the Marvel Comics character Loki, the American series is hailed as one of the best sci-fi works in recent times. Played by Tom Hiddleston, Loki is the adopted brother of Thor and is also touted as the god of mischief…reports Asian Lite News

Space and time have many mysteries entangled within themselves. There are a number of unanswered questions around us and concepts that claim to be true but are hard to believe. There have, however, been some smart attempts at depicting such tales on the silver screen, where the representation is based on the best of human imagination. To make the binge-watching experience wholesome for you, Here are some of the best sci-fi shows that are currently streaming on various OTT platforms.

The story of Lost in Space revolves around the Robinson family, which happens to crash land on an alien planet that is nothing like Earth. The family is compelled to fight against all odds in order to ensure their survival and is determined to return to their own planet. However, this alien planet is full of hidden dangers that come to the fore one after another. As a matter of fact, the Robinson family went into space to fight for a chance for humanity, but now fighting to save their life. The series stars the likes of Molly Parker, Toby Stephens and Maxwell Jenkins.

Based on the Marvel Comics character Loki, the American series is hailed as one of the best sci-fi works in recent times. Played by Tom Hiddleston, Loki is the adopted brother of Thor and is also touted as the god of mischief.

He steps out of the shadow of his brother and embarks on an adventure full of variants, timelines and a multiversal war. Loki, who also has a female variant named Sylvie, gets trapped in a time variance authority, and what follows is a breathtaking experience. The first season of the show is streaming on Disney+ Hotstar.

A man appears mysteriously in a locked room of a heritage hotel and when confronted, he rushes to the roof and jumps to disappear mid-air. In a bid to find his whereabouts, the authorities reach out to Detective Boomrah, who comes to probe the case along with his partner Sam. The show, which delves into concepts like time travel, features the character of Detective Boomrah, which has been a popular name on radio, social media and other online platforms. The first season of the show is available on MX Player.

The Walking Dead: World Beyond

Set in the backdrop of the post-apocalyptic world, The Walking Dead World Beyond is a story about a group of teenagers who are sheltered from the menace outside.

However, upon receiving a message, they decide to leave the safety of their home and embark on a spine-chilling cross-country journey. Struggling with their roles outside, some teens would soon become heroes while some would become villains, with change being inevitable. The show is streaming on Amazon Prime Video.

Starring critically acclaimed actors like Pankaj Kapur, Piyush Mishra and Abhay Deol, JL 50 is another series based on the concept of time travel. A flight crashed landed in a remote region of West Bengal, triggering an investigation. It is later discovered that even as the plane crash-landed now, it had gone missing nearly 35 years ago. With a gripping storyline and impeccable performances, JL 50 is definitely a must-watch in the list of sci-fi series. The show is available on Sony Liv.

ALSO READ-‘Outfits always have a voice of their own’