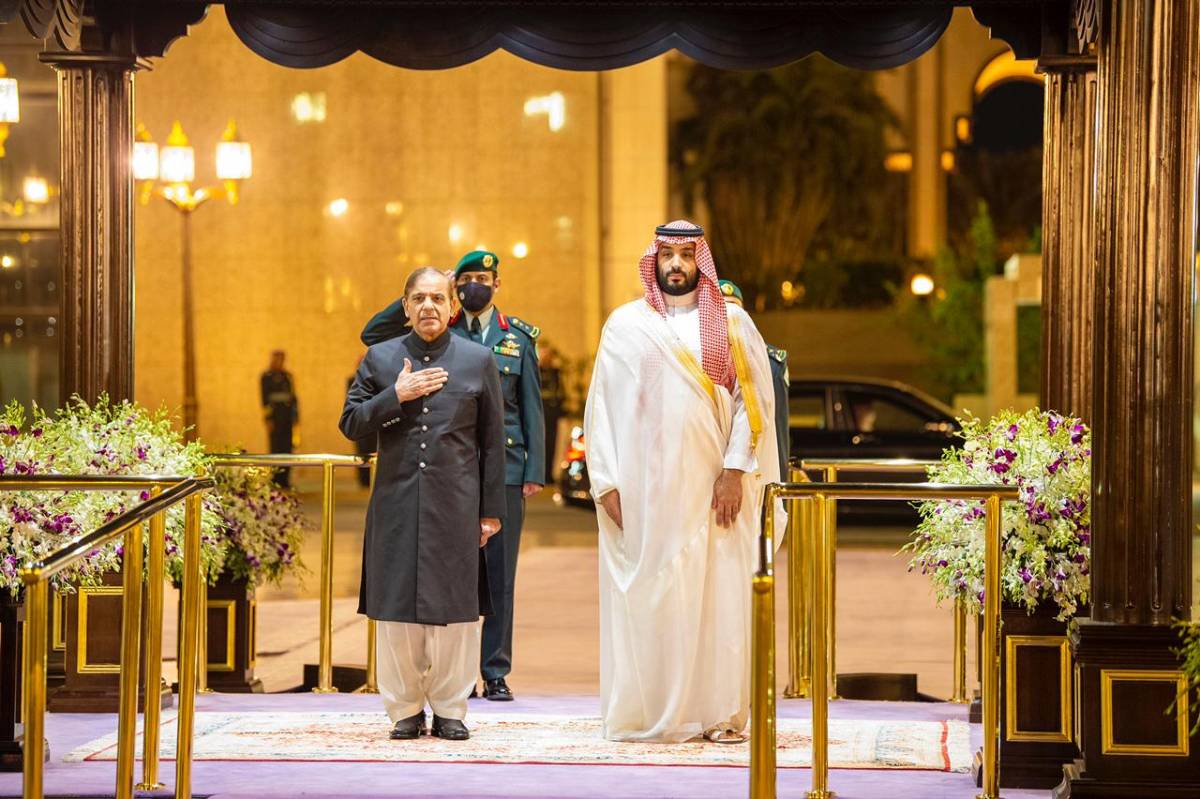 Sharif and his official entourage have left Saudi Arabia but Minister for Finance Miftah Ismail is still staying there to finalise the modalities of the increased financial package….reports Asian Lite News

Saudi Arabia has agreed to provide Pakistan a “sizeable package” of around $8 billion to help revive the country’s ailing economy amid the maiden trip of Prime Minister Shehbaz Sharif to the kingdom.

The package includes doubling of the oil financing facility, additional money either through deposits or Sukuks and rolling over of the existing $4.2 billion facilities, according to a report published in The News.

“However, technical details are being worked out and will take a couple of weeks to get all documents ready and signed,” top official sources privy to the development informed.

Sharif and his official entourage have left Saudi Arabia but Minister for Finance Miftah Ismail is still staying there to finalise the modalities of the increased financial package.

Sharing the salient features of the financial package, the official said that Pakistan had proposed doubling of the oil facility from $1.2 billion to $2.4 billion and audi Arabia agreed to it.

It was also agreed that the existing deposits of $3 billion would be rolled over for an extended period up to June 2023.

“Pakistan and Saudi Arabia discussed an additional package of over $2 billion either through deposits or Sukuk and it is likely that even more money will be provided to Islamabad,” the official sources said, adding that the size of the total package would be determined when additional money was finalised.