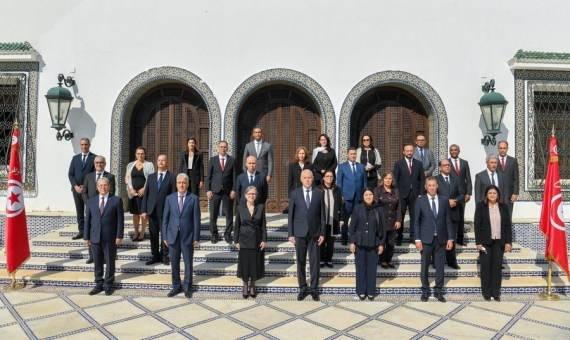 Bouden and members of her cabinet took the oath in front of President Kais Saied during a ceremony held on Monday at the Carthage Palace, reports Xinhua news agency.

The new cabinet is composed of 24 ministers, including eight women, and one secretary of state.

In her speech, Bouden said her goal is “to restore confidence and hope, and ensure economic and health security for the citizens”.

“One of the most important goals is to combat corruption,” she noted.

On September 29, Saied appointed Bouden as prime minister after removing Hichem Mechichi from the post and suspended all activities of the Assembly of the People’s Representatives, or the parliament, on July 25.