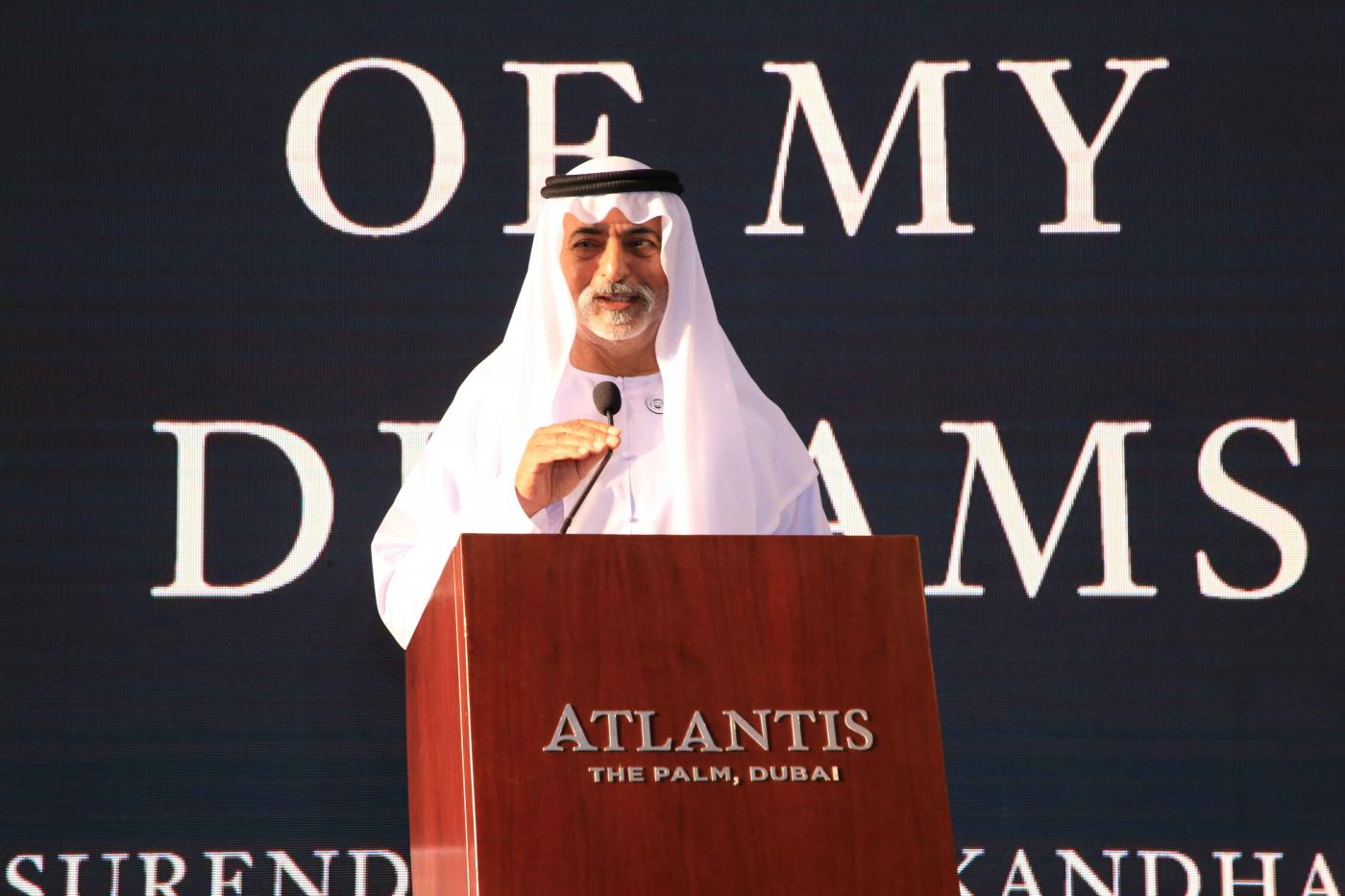 The festival organisers thanked all the teams, who took part in the 2021 edition of the festival and the jury for their efforts, as their task was not easy due to the excellent quality of the submitted works…reports Asian Lite News

Sheikh Nahyan bin Mubarak Al Nahyan, Minister of Tolerance and Coexistence and Commissioner-General of Expo 2020 Dubai, honoured the Yas Theatre Company for winning the 12th edition of the Dubai Festival for Youth Theatre (DFYT), from 19th to 25th November, 2021.

DFYT, organised annually by Dubai Culture and Arts Authority (Dubai Culture), sheds light on the creativity of theatrical groups in the UAE, providing a platform to introduce the talents and capabilities of those working in this sector. The festival also provides a stage for the budding actors, directors, authors, interior designers, producers, make-up experts, sound engineers, specialists in visual and lighting shows, and fashion designers to showcase their skills to a wider audience.

Fatima Al Jallaf, Acting Director of the Performing Arts Department at the Dubai Culture and Arts Authority (Dubai Culture), said, “Fourteen groups from the emirates had applied to participate in the festival, with six teams accepted for various components of theatrical work. “For nearly 18 years, the Dubai Festival for Youth Theatre has nurtured young talent, who graduate to work in theatre and participate in many films around the world.”

The winning play, presented by Yas Theatre Company, written by Kuwaiti writer Othman Al Shatti and directed by artist Khamis Al-Yamahi, titled “Matlob Zibala” [Wanted for Rubbish], depicts the alienation that man can experience due to the cruelty of life and the injustice created by those who lack a conscience.

The festival organisers thanked all the teams, who took part in the 2021 edition of the festival and the jury for their efforts, as their task was not easy due to the excellent quality of the submitted works.