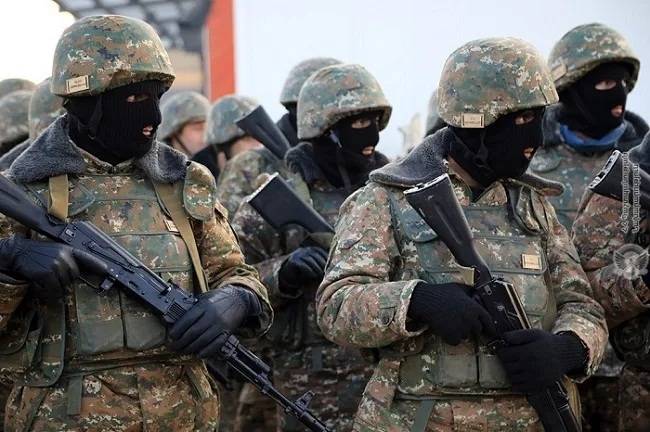 This horrific incident has an important message for other countries of Central Asia as well as India. They need to significantly expand their vigilance against such radical and fundamentalist terrorist elements, writes Ashok Sajjanhar

The last few days witnessed unprecedented violence, bloodshed and frenzy on the streets of many cities of Kazakhstan including the capital Nur-Sultan and the largest city and former capital Almaty. According to reports from the Kazakh Health Ministry, 164 people were killed out of which more than 100 were killed in Almaty. As per initial accounts, the peaceful protests against increase in price of car fuel were quickly hijacked by “criminals and murderers… armed and trained bandits, both local and foreign” resulting in chaos and total breakdown of law and order in all parts of the country.

The involvement and presence of such large numbers of “terrorists, sleeper cells and militants” (almost 20,000 attacked Almaty) is bad news for all countries in the region, particularly India, which has been at the receiving end of terrorist attacks from across the border from Pakistan. The forcible seizure of power by the Taliban in Afghanistan in August, 2021 and the departure of US and NATO forces soon thereafter, has imbued a sense of triumphalism in Pakistan and anxiety in the neighbouring countries, particularly Central Asia and India that terrorist forces will feel emboldened to launch strikes in these countries. It is imperative for all countries in the region to cooperate by sharing real-time intelligence on terrorist activities and movements so that action can be taken against them before they are able to perpetrate such heinous carnage.

The initial trigger appears to have been the uncapping on New Year’s Day of the price of liquefied petroleum gas (LPG) which is used as car fuel by the common people because it is cheap. This resulted in overnight doubling of the LPG price.

The protests started in Zhanaozen, a small town in the oil rich western province of Mangystau from where they quickly spread to Almaty and other regions of the country on January 4. Many cities in the South like Almaty, Taraz and Shymkent descended into such anarchy, chaos and turmoil as the country has never witnessed before.

The iconic building of the Akimat (Mayor’s Office) and the President’s residence (which used to be the President’s Secretariat till the capital was shifted to Almaty in 1997) were stormed, set on fire and badly damaged. The airport in Almaty was taken over by the rebellious forces.

Kazakhstan is a rich and prosperous country. Notwithstanding its huge ethnic and religious diversity with 135 different nationalities, peace and stability prevails. Since its independence from the Soviet Union in 1991, Kazakhstan has emerged as a role model of cohesion, tranquillity and peaceful development.

Initially it appeared that the agenda of the protest had expanded from just the issue of LPG price increase to include other fundamental grievances and demands like the endemic corruption, lack of economic opportunities, poverty, unemployment, stranglehold of the elites, pervasive inequity and inequality, denial of political freedoms among others. Soon, however, it became clear that these were not the usual protests as the dissidents went about systematically destroying public property and killing security personnel.

As per an earlier report on January 7, 26 “armed criminals” were killed and 16 security officers died, with two of them having their heads severed from their bodies. Such brutality was unthinkable and gave rise to growing suspicion that large squads of violent terrorist gangs had seized control of what had initially started as peaceful protests.

According to reports, Russia’s security establishment, which has been closely monitoring developments in Kazakhstan appears to have come to the initial conclusion that Pakistan’s Tablighi Jamaat in connivance with Afghanistan-trained radicals have carried out these terror attacks in Kazakhstan. Pakistan’s Tablighi Jamaat, which has been trying to make inroads in Central Asia is alleged to have played a role in creating a terror-type atmosphere in Kazakhstan.

It was thought that if the protesters were demonstrating for reversal of the decision on LPG and for addressing political demands, they would have been mollified by President Tokayev’s decision to restore the cap on LPG prices for the next 6 months and by dismissing Prime Minister Askar Mamin on 5th January. However, rather than these actions having any salutary effect on the protesters, the violence, bloodshed and destruction continued to grow rapidly.

It was at this juncture that President Tokayev decided to wrest the Chairmanship of the National Security Council (NSC) from his predecessor and first President Nursultan Nazarbayev to personally direct the efforts to bring the situation under control. Although Nazarbayev had voluntarily relinquished his office in March 2019, after having occupied that position for around 30 years, and handed over the reins of Presidency to Tokayev, he kept significant control with himself by continuing as the President of the ruling Nur Otan Party and retaining the Chairmanship of the powerful NSC.

The government took immediate action by cutting off internet services in the whole country and declaring an emergency for two weeks. Internet has since been slowly restored in some parts of the country including Almaty but the services remain patchy and intermittent. Tokayev gave orders to his security personnel to “shoot without warning” to quell disturbances in the country. He also summarily rejected the suggestion to negotiate with the protesters as he said that it is not possible to discuss with criminals and murderers. He claimed that Kazakhstan was dealing with armed and trained bandits, both local and foreign and that they must be eliminated.

It appears from the slogan shouting on the streets of Almaty and other cities that much of the wrath of the rioters was directed against the first President Nazarbayev and not so much against Tokayev who has served as President for less than three years. There were chants of “Shal ket!” (Old Man, Go!) in the streets and a huge statue of Nazarbayev in Taldy Korgan, the capital of Almaty province was unceremoniously pulled down. There were reports that Nazarbayev and his family had fled to Moscow but later reports surfaced that Nazarbayev was in Nur-Sultan, coordinating efforts with Tokayev to restore peace in the country.

In addition to taking over as Chairman of the NSC and dismissing the government, Tokayev ordered the removal of Karim Masimov, the Secretary of the National Security Committee on January 5 and had him arrested for treason. Masimov is an ethnic Uyghur Kazakh politician considered to be close to Nazarbayev and has served twice as Prime Minister.

The first deputy of NSC Samat Abish, who is Nazarbayev’s nephew has also been fired. No details of the treason charges against Masimov have been announced but it is clear that Tokayev thinks that there has been a massive failure of intelligence and possibly also involvement of officials at the top of the intelligence structure in attempting a coup against the President.

Tokayev spoke to Russian President, Vladimir Putin for dispatching forces from the Russia-led Collective Security Treaty Organization (CSTO) as “peace-keepers” for a limited period of time to secure the main strategic installations and important government buildings so that Kazakh security could deal with the “terrorist elements”. This request was immediately acceded to.

Some doubts have been raised whether such deployment is covered by the mandate of the CSTO. Thus far it has been asserted that CSTO forces will be deputed only when there is threat from foreign forces. In the present case, however, it has been mentioned that fighting Islamic terrorism is also covered by the provisions of the CSTO. About 2,500 troops from Russia and other CSTO members viz Belarus, Tajikistan, Kyrgyzstan and Armenia landed in Kazakhstan on January 6 and took up their positions.

This is the first time that CSTO forces have been deployed in any country. In the past, requests by Kyrgyzstan in 2010 and more recently by Armenia in 2020 during the Nagorno-Karabakh conflict with Azerbaijan for troops were turned down. The troops are being deployed not to counter the protesters but to protect the state and strategic facilities in Kazakhstan like water works, power plants, government buildings, and maintain law and order so that people feel safe.

The quick decision appears to be an assertion by President Putin that Russia is the prime security-provider in the former Soviet space and will not hesitate in taking tough decisions to protect its interests and security in its periphery. Kazakhstan is an important, strategic partner of Russia. It will also make Kazakhstan beholden to Russia for a long time and ensure that China, notwithstanding its expanding economic and security foot print in the region in general, and in Kazakhstan in particular, will not be able to wean it away from Russia’s influence.

It will be necessary to wait for full details of the hoary episode to become available to make some conclusive assessments. It has been mentioned that the terrorists were well armed, well prepared and spoke in a foreign language, possibly Arabic. It is obvious that a lot of ground work was done to launch this coordinated and concerted attack. While the intelligence structure was either incompetent or complicit, President Tokayev has emerged as a bold and decisive leader who is strong, steady and unflinching and can take tough decisions to protecting the lives and welfare of his people.

After this shocking episode, Kazakhstan will not be the same. It could move towards even greater authoritarianism and control, or introduce some political liberalization. Much will depend on the results of investigation into the origin and antecedents of the ï¿½’bandits and terrorists” who perpetrated such unimaginable and gruesome carnage in the country.

This horrific incident has an important message for other countries of Central Asia as well as India. They need to significantly expand their vigilance against such radical and fundamentalist terrorist elements. They need to carefully monitor all platforms on social media to ensure that they are not used to disseminate terrorist material, literature or ideology. They also need to actively collaborate with each other for sharing intelligence on a real time basis. Only then will it be possible to bring peace, stability and prosperity in the region. India can play an important role in this endeavour.

(Amb. Ashok Sajjanhar, is a former Ambassador of India to Kazakhstan, Sweden and Latvia. He is an Executive Council Member at the Manohar Parrikar Institute for Defence Studies and Analyses and President, Institute of Global Studies)