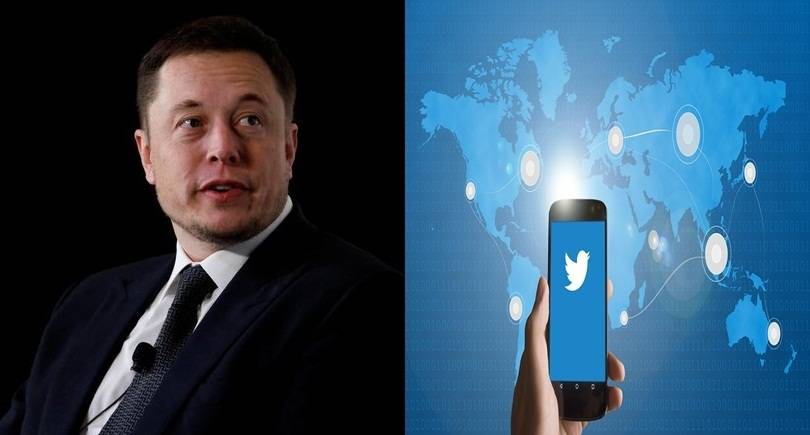 Earlier this April, Musk offered to buy Twitter for $54.20 a share, or about $43 billion…reports Asian Lite News

Shares of Twitter, arguably the world’s most influential social media platform, jumped after the Wall Street Journal reported that the company is nearing a deal with Elon Musk, the world’s richest man.

Later, Tesla CEO Musk finally caught the elusive Twitter bird for $44 billion, as the company’s board decided to give in to his takeover bid with his “best and final” offer.

Twitter announced late on Monday evening that it has entered into a definitive agreement to be acquired by an entity wholly-owned by Musk for $54.20 per share in cash in a transaction valued at nearly $44 billion.

Answering naysayers and his detractors, Musk, known for brusqueness, tweeted an olive branch: “I hope that even my worst critics remain on Twitter, because that is what free speech means.”

A few minutes before that, the billionaire quoted American poet Robert Frost’s romantic poem “A Line Storm Song: And be my love in the rain.”

Musk sits at a net worth of $269.7 billion in the Forbes real-time billionaires’ index. That’s a savage lead of more than $99 billion over the second richest man, Jeff Bezos of Amazon.

Twitter’s board of directors had met on Sunday to discuss Musk’s financing plan. The board negotiated with Musk into the early hours of Monday, The New York Times said.

Twitter shares fired up nearly 6 per cent on Monday afternoon chiefly because of media speculation that the deal was expected after market close, if not sooner.

So far, the social media giant was expected to decline a deal, which includes Musk’s plan to take it off the stock market.

Twitter had adopted a so-called ‘poison pill’ to fend off a potential hostile takeover.

However, the company betrayed greater receptivity after Musk revealed he secured $46.5 billion in financing.

The company’s board met on Sunday to discuss Musk’s financing plan for his proposed bid, a source told CNBC.

Twitter is set to report first-quarter earnings on Thursday.

Musk, who owns Tesla and SpaceX, built up more than 9 per cent in Twitter stock and turned down an offer to join the board before putting in a bid.

An avid Twitter user, Musk had claimed that it needs to be “transformed” into a private company so it can become a forum for free speech.

He also said Twitter’s board members’ interests “are simply not aligned with shareholders” and that the board “owns almost no shares” of the company.

The consequent disarray was palpable. While welcoming Musk till the foray was limited to a single-digit control of Twitter stock, CEO Parag Agrawal has gone off his own platform since the last 18 days.

On his part, Co-Founder (and former CEO) Jack Dorsey, whose Twitter bio states that he is a “romantic moron and 1/8 hippie”, is no longer the CEO of Block (his not-so-famous venture once called Square) either.

“Titles like ‘CEO’ get in the way of doing the right thing. Respect to the people who ignore titles, and fight like hell for what is right,” Dorsey had once tweeted.

In a filing with the Securities and Exchange Commission Friday, Block said Dorsey has changed his title to “Block Head”.

Block updated its bylaws to reflect Dorsey’s new role, removing the requirement to have an officer holding the titles of CEO and President.

Dorsey and Musk have sparred in multiple theatres. Titles is one of them.

In its filing some months back, Tesla said Musk would henceforth be known as “Technoking” and Tesla CFO Zach Kirkhorn would be referred to as “Master of Coin”.

Musk IN and Parag OUT?

After Tesla CEO Elon Musk acquired Twitter for $44 billion, its Indian-origin CEO Parag Agrawal said on Tuesday that the micro-blogging platform has a purpose and relevance that impacts the entire world.

“Deeply proud of our teams and inspired by the work that has never been more important. I know this is a significant change and you’re likely processing what this means for you and Twitter’s future,” Agrawal tweeted.

He was set to address Twitter employees in a town hall on what this takeover means to them and allay their fears.

The Twitter buyout casts doubts on the future of Agrawal, and it is still unclear whether he would like to remain at the helm, with Musk now being at the very top of the platform.

Musk has already said he doesn’t have faith in the management of Twitter.

The decision to sell the platform to the Tesla CEO also signals that the board is somehow not reportedly convinced in Agrawal’s capabilities, who took over from Jack Dorsey in November 2021, as the company is not making enough profits.

Musk has reiterated that the micro-blogging platform needs to be made private to grow and promote “free speech”.

Agrawal had earlier said the Tesla CEO had decided “not to join our board which I believe is for the best”.

Musk said “free speech is the bedrock of a functioning democracy, and Twitter is the digital town square where matters vital to the future of humanity are debated”.