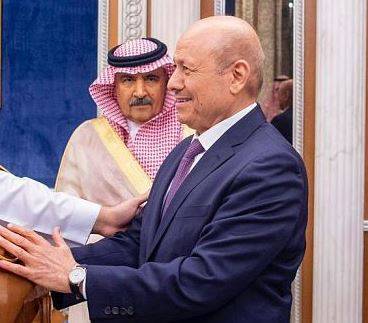 The UAE congratulated Rashad Al-Alimi, Chairman of the Presidential Leadership Council in Yemen, and members of the Council for taking the constitutional oath in the city of Aden…reports Asian Lite News

In a statement, the Ministry of Foreign Affairs and International Cooperation (MoFAIC) affirmed the UAE’s full support for the Presidential Leadership Council to enable it to carry out its tasks, foremost of which are peace, stability and development in brotherly Yemen. Moreover, the UAE wished the Council success in fulfilling its national responsibilities.

Furthermore, the UAE underscored its commitment to standing by the brotherly Yemeni people and supporting their legitimate aspirations for development and prosperity as part of its support for all efforts to achieve the interests of the peoples of the region.

Earlier this month, Yemeni President Abdrabbuh Mansur Hadi stepped down after seven years of war in the country and handed over his power to the newly created presidential council, which consists of eight political leaders, including the separatist South Yemeni Transitional Council governing in the south, but excluding the Houthis.

The council’s formation was announced following inter-Yemeni consultations in Saudi Arabia’s capital of Riyadh, where the Saudi leadership called on the council to initiate talks with the Houthis to establish peace in Yemen, which had been torn by violent conflict for years.

Yemen has been mired in civil war since September 2014 when the Houthi militia forced the internationally recognized government of President Abd-Rabbu Mansour Hadi out of the capital Sanaa.