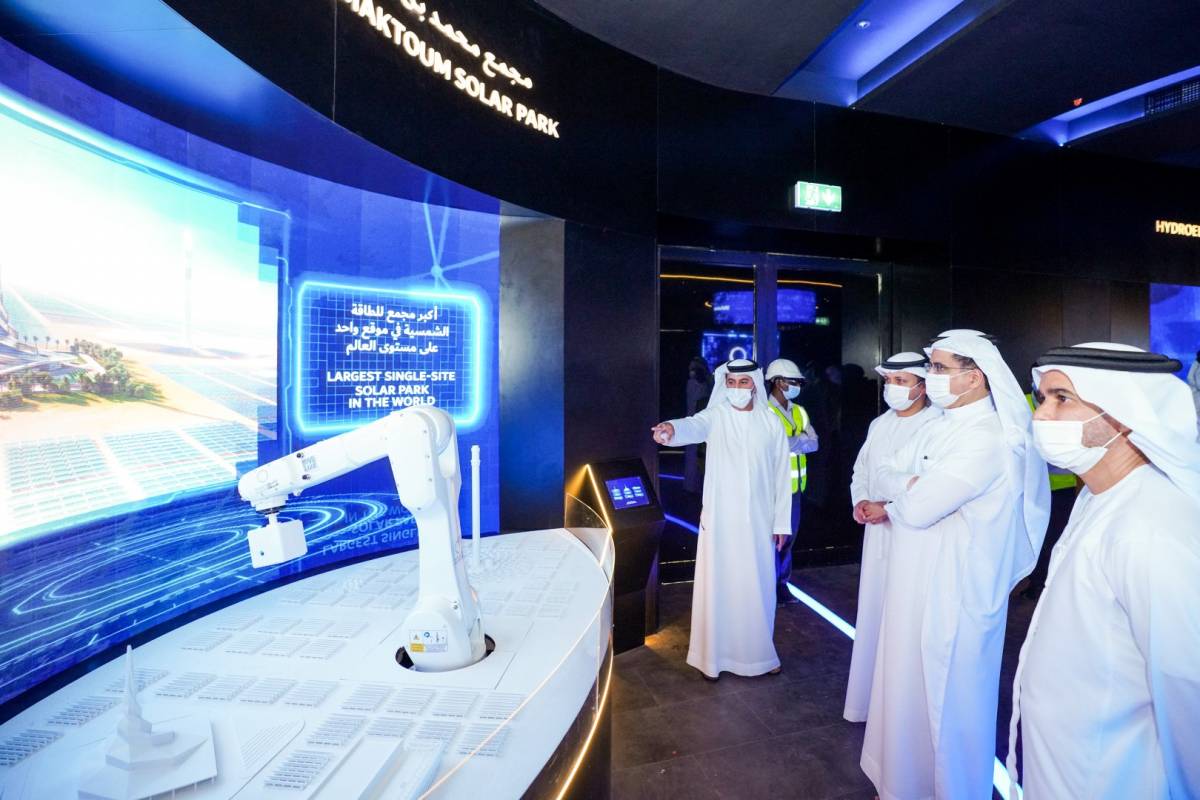 Dubai Electricity and Water Authority (DEWA) has completed the construction of its pavilion in the Sustainability District of Expo 2020 Dubai, which aligns with development and innovation, as reflected in the exterior of its design, and features decorative ribbed façade that mimic onward moving portals consistent with the company’s progressive initiatives.

Saeed Mohammed Al Tayer, MD & CEO of DEWA, has inspected the pavilion, which is characterised by a modern design that aligns with its role as the Official Sustainable Energy Partner of Expo 2020 Dubai and its efforts to reshape the concept of utilities to contribute to making Dubai the smartest and happiest city in the world.

“We are confident that Expo 2020 Dubai will be an international platform that contributes to developing innovative solutions to the various challenges facing the world for a brighter future for generations to come,” he said.

Al Tayer noted that through its participation, DEWA aims to provide a unique experience for visitors and introduce them to the company’s efforts, which contribute to making Dubai the smartest and happiest city in the world.

The pavilion highlights the Mohammed bin Rashid Al Maktoum Solar Park, the largest single-site solar park in the world with a planned capacity of 5,000 megawatts (MW) by 2030. Upon its completion, the solar park will reduce over 6.5 million tonnes of carbon emissions annually.

It also showcases the Green Hydrogen project, the first of its kind in the MENA to produce hydrogen using solar power. It was implemented in collaboration between DEWA, Expo 2020 Dubai, and Siemens Energy at the outdoor testing facilities of the Mohammed bin Rashid Al Maktoum Solar Park.

The pilot plant has been designed to accommodate future applications and test platforms of different uses for hydrogen for industry and transportation.

The 250MW pumped-storage hydroelectric power plant in Hatta is the first of its kind in the GCC, with a storage capacity of 1,500 megawatt-hours and a life span of up to 80 years. The hydroelectric power station will use water in the Hatta Dam and an upper reservoir that is being built in the mountain. Advanced turbines that run on clean energy generated at the Mohammed bin Rashid Al Maktoum Solar Park, will pump water from the dam to the upper reservoir. Turbines operated by the waterfall speed from the upper reservoir will be used to generate electricity and supply it to DEWA’s grid.